How Virtual Worlds Can Help People Living With Disabilities – Part 3 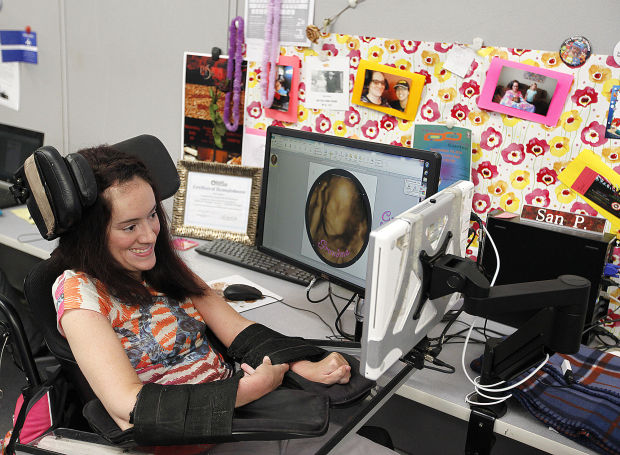 Over the past couple of blog posts, we’ve explored the ways in which virtual worlds can help people with disabilities lead fuller lives. In the final post of our series, we will take a look at Robots for Humanity, a project out of Georgia Tech that is changing everything for people who would otherwise be restricted to their beds because of their disabilities. Henry Evans is a husband, dad, MBA, and a successful CFO. He is also a quadriplegic and mute after a stroke-like attack, which was caused by a hidden birth defect, changed his life forever at the age of 40.
It took years of therapy for Henry to learn to move his head and use a finger, but these small movements are his gateway back into the world, thanks to assistive technology.
Using a head-tracking device, Henry can communicate with a computer using experimental interfaces. He is able to control a flying drone or wheeled robotic device, equipped with a camera and screen, and explore his surroundings like never before. From his bed in his home in California, Henry (through the drone) can check on his family’s grape vines in the yard and explore his beautiful property overlooking the mountains. And, Henry can even give TED talks on the other side of the country!
In other words, the assistive technology Henry uses can make a “virtual world” out of the physical world he can no longer reside in (at least in the traditional sense). Henry is able to visit places he couldn’t before, and he can even experience the freedom of controlling his movements – via the robot – which is something most of us take for granted every day.
Everyone is a little different, and people with disabilities require assistive technology that specifically addresses their needs. Henry is able to connect with those around him with his head and finger control. Others who lack that degree of control often need to use their eyes instead, and that’s where our expertise comes to the rescue.
These abilities may sound like a futuristic science fiction fantasy, but this is the reality of assistive technology today. Through eye tracking technologies, people with disabilities can do things they only dreamed about previously.
For example, when users interface with our Eyegaze Edge, they can communicate and interact with the world, regardless of physical ability. All they have to do is look at control keys or cells displayed on a screen, and Eyegaze Edge helps them generate speech either by typing a message or selecting pre-programmed phrases. Just like Henry, Eyegaze Edge users can lead fuller lives, despite their disability, with cutting-edge assistive technologies.
Meet Henry and his band of assistive robots in this TED Talk video to see how robots are allowing fuller life participation for people living with disabilities:  http://www.ted.com/talks/henry_evans_and_chad_jenkins_meet_the_robots_for_humanity.html