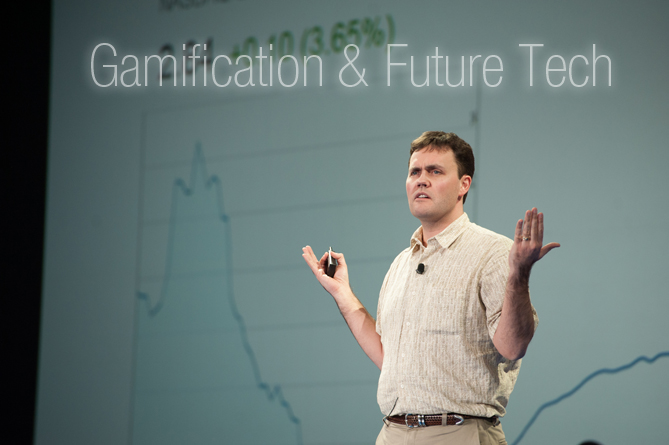 Jesse Schell, of Schell Games and professor at Carnegie Mellon’s Entertainment Technology Center is one of the leading academics in todays video game design.Jesse has been featured on TED, G4, and many other innovative talks. He was named Top 100 Young Innovators by Technology Review. Before coming to Carnegie Mellon, he served as the Creative Director at Disney’s Virtual Reality Studio. 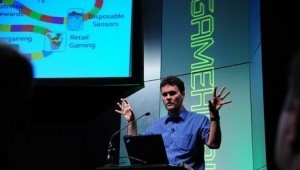 In Jesse’s recent interview with GamesBeat entitled “Gaming academic Jesse Schell expounds on chocofication and motivating players to play and pay (interview)” he discusses how understanding the different psychologies of the mind, our environment, and future technologies are going to lead to amazing experience in gaming and user interactions.

“Eye tracking is going to sneak up on everybody. We’ve been using the LC Technologies EyeFollower at the school. I don’t know if you’ve seen that thing. It’s mind-blowing.” – Schell

GamesBeat: I saw one thing, a demo that Intel showed at [the Consumer Electronics Show]. It was a Where’s Waldo game that would track your eye and tell you if you hit Waldo or not.

Schell: Yeah. We’ve had eye-tracking technology for a long time, but it’s always been kind of flaky. It doesn’t always work that well. The EyeFollower is a mind-blowing piece of technology. You can be doing the Kinect, and this thing tracks your eyes at the same time. We started making games with it at the school. I wasn’t quite sure at first — maybe it was going to just feel awkward trying to play games with your eyes. 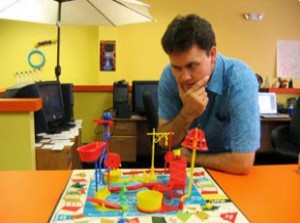 I think the eye tracking is going to have implications for games and for user interface in general. My simple envelope math says that by the year 2020, or somewhere between 2020 and 2025, devices like tablets are going to have a high enough camera resolution that they can do good enough eye tracking and that can be part of your interface. That’s going to be a magical interface. I talked about magical interfaces in my talk yesterday. I think that will be a magical one. It’s going to revolutionize games and interfaces in general.”

GamesBeat: The Google Glass people have observed that your eye is much more accurate at hitting targets than, say, your hand.

Schell: Oh, yeah. Your eye can track a target that’s just moving around. We have brain hardware that’s all about tracking targets. If you’re in a moving car and you look out the window, it’s very hard to keep your eyes still. Your eyes are grabbing everything because that’s what they do. They grab and lock.

For new interfaces to take over old genres, they have to be better than what you had before. So far, most of the new motion interfaces aren’t better. They don’t let me shoot better or move faster or be more accurate or put out less effort. Eye tracking could do a lot of those things.

GamesBeat: One thing I’d worry about is the accidental eye click or something. You’re just looking around and you don’t mean to zero in on something, but it brings up a menu in your eye.

Schell: Oh, yeah. That would be a problem, obviously. The answer may be some mixed hand and eye system. Let the hands do what they’re good at, which is pushing buttons, and let the eyes do what they’re good at, which is motion in a two-dimensional space. What I do know is that for the games we’ve created, when you get it right, it feels really good. In fact, some of it makes for good game structure. I want to look over here, but I know that if I do that, it’s going to cause a problem. But I can do it for a little bit. The notion that taking a glance at my enemy puts me at risk for a moment, but I get information about the enemy, that’s a good game balance. There are parts of it that I think can work well. There will be big challenges, though, figuring out the right way to do it.