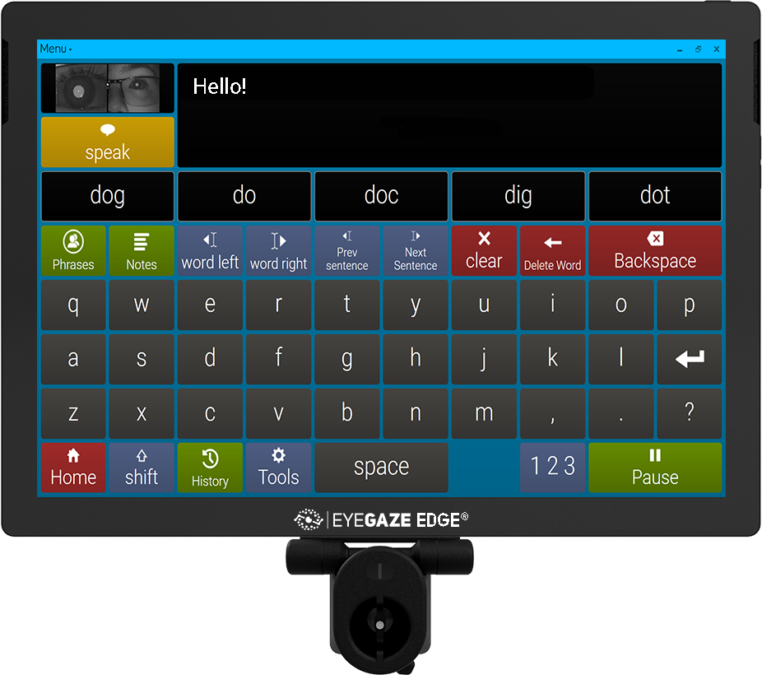 From ALS to multiple sclerosis, eye tracking technology helps numerous people living with disabling diseases to communicate with the world. Now, patients with a stroke-induced medical condition can be added to that list.

Researchers at the University of California San Diego (UCSD) are developing various communication systems that use eye-tracking technologies that will help people with locked in syndrome communicate using the tiny movements they can make only with their eyes.

Locked in syndrome is a medical condition that can occur after a stroke that damages part of the brainstem, leading to the paralysis of the facial and body muscles but somehow leaving the eyes unaffected. Patients with locked in syndrome usually remain conscious of their surroundings but cannot move their bodies or express themselves through facial expressions. Many of them can only communicate with the limited movements they make with their eyes.

A group of graduate and undergraduate students at the UCSD’s Department of Computer Science and Engineering, under the leadership of research scientist Nadir Weibel, are working on technologies that can possibly translate a patient’s eye movements into different functionalities.

One of these technologies is a device with a tablet-like interface that patients can use by looking at different parts of the display to communicate what they want to do. For example, looking at one part of the screen means the patient wants to dictate a message, while another part is for social media use. The researchers are also looking into other functionalities, such as e-book reading and special musical instruments.

Bob Veillete is one of the patients who have benefited from the researchers’ early technology. Veillete is a Connecticut journalist and jazz pianist who suffered a paralyzing stroke in 2006. Researchers have begun testing their eye-tracking technologies to help Veilette communicate beyond the blinking he had been doing since his stroke.

Click here to learn more about eye tracking and assistive technologies, and check out our weekly blog to read about the lives that have been touched by eye tracking.