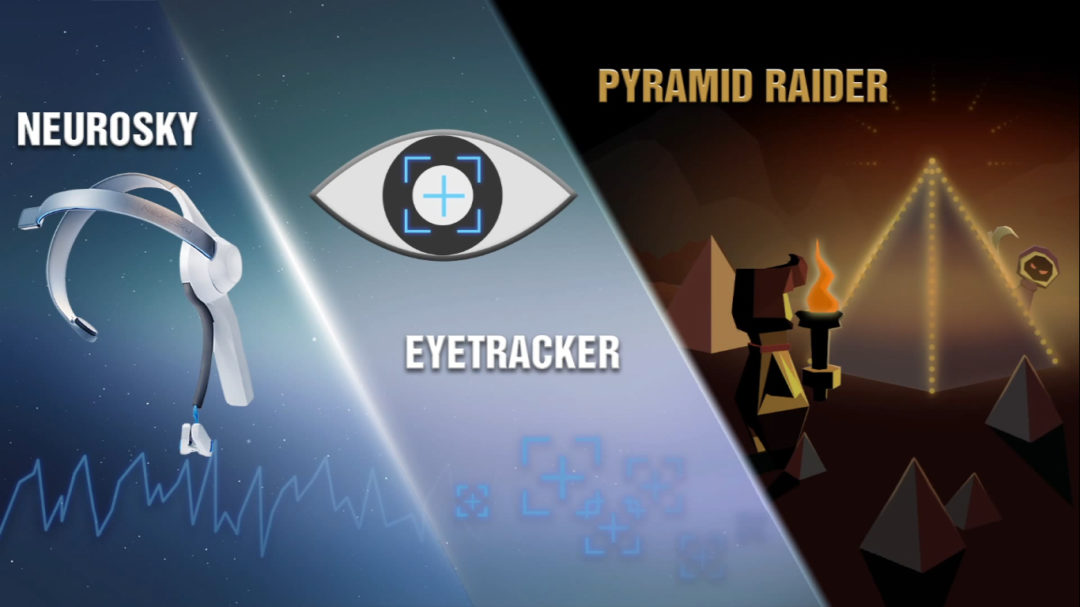 The future of video gaming is here, In the game Pyramid Raider we get a glimpse of what could be in the next generation of video game consoles and how the new technology can shift the way game developers decide to deal with player immersion. Pyramid Raider, is this year’s Winner of the 2013 Eyegaze Eye Tracking Application of the Year Award, because it is the first of its kind. Using our EyeFollower eye tracker in conjunction with EEG technology (NeroSky) the player navigates the maze using only their eyes. 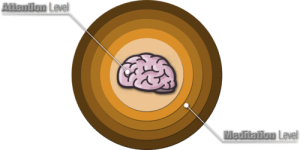 The experience is adapted to the players mental state. The more stressed the player becomes the harder the maze is to navigate. The figure to the left of this paragraph shows the graphic used in the game to show the attention level and meditation level of the player using the game. Eyegaze Eye tracking and Neurosky EEG are used as the main control inputs. Players will experience the futuristic game-control interface using only their eyes and minds. The player’s attention level determines the speed of the character and meditation level determines the radius of vision. So players need to concentrate enough in order to move fast, but also relax enough to see more of the maze and gather information for strategy, navigating in mysterious Egyptian maze and find treasures. 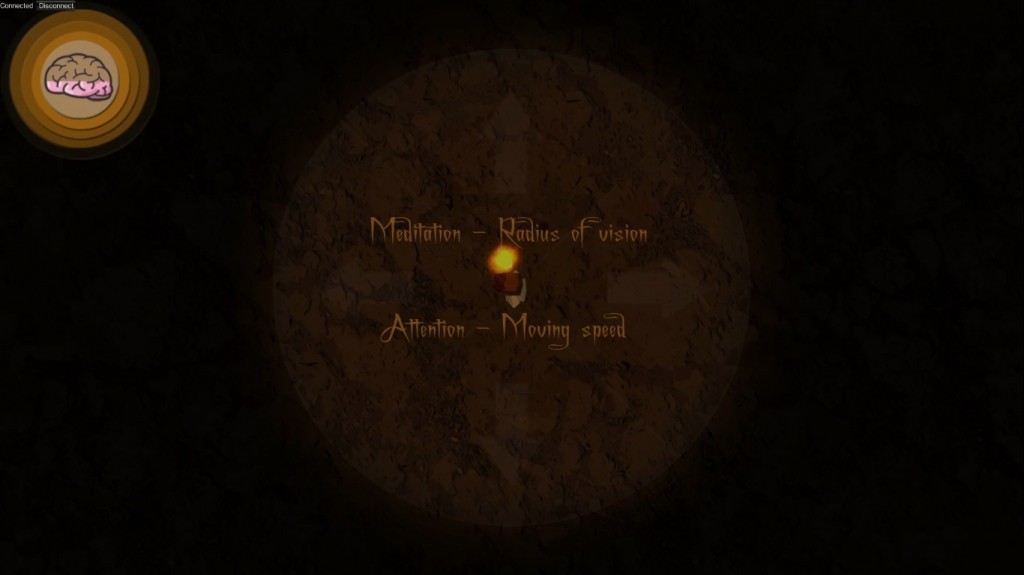 In making of the game, in order to achieve smooth eye-directed character navigation, the two-dimensional eye tracking data is mapped to three-dimensional vectors to control the character in a auto-generated maze. A randomized depth-first-search algorithm is used to generate the maze of any wanted size and an a pathfinding algorithm is used for the AI ghost.

What did people have to say after playing the game? 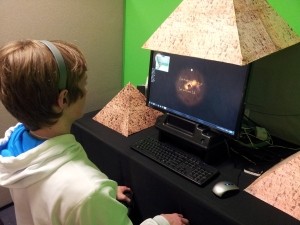 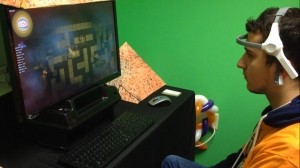 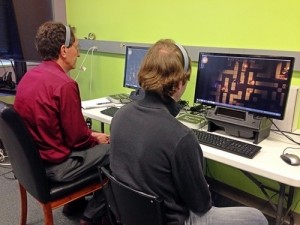 Over all, the response to the game was positive. During the BVW event at Carnegie Mellon Univeristy the game received a great amount of praise from people playing it for the first time. People were impressed at the game mechanics and game play flow. It certainly peaked the interest of many of the people in attendance and most importantly it was very fun to play! 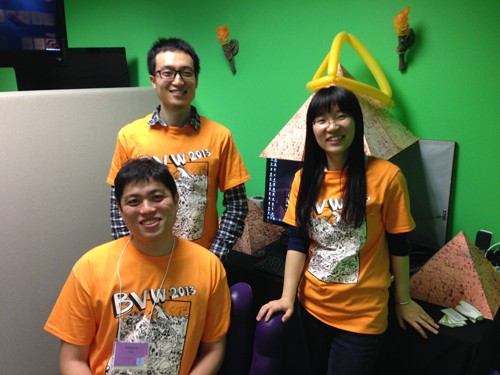